A black hole is actually a collapsed star in space whose mass is so overwhelming that no material particle can escape its gravitational pull, including light. However the black hole itself can emit radiation, as explained by Stephen Hawking. This radiation is produced only in the “outside” of the hole, and not within it. The equations show that the holes are actually a sphere, with a defined geometry and are “involved” in what is called the event horizon.

I altered heavy bowling balls by installing a small interior light in one of their three holes. It is easy to stumble upon these balls, causing their movement and consequently the clash between them. 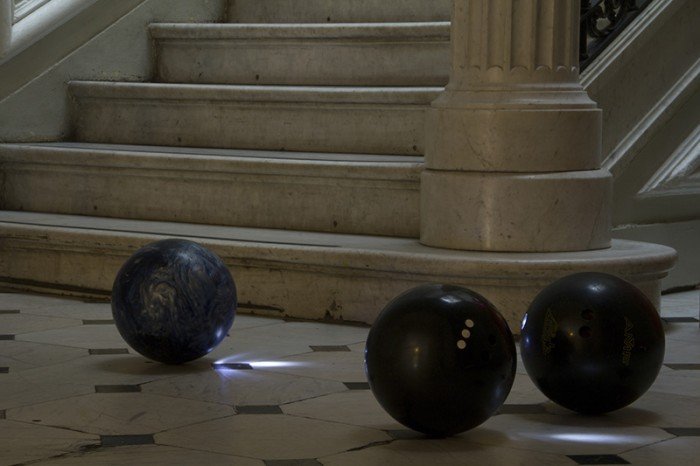 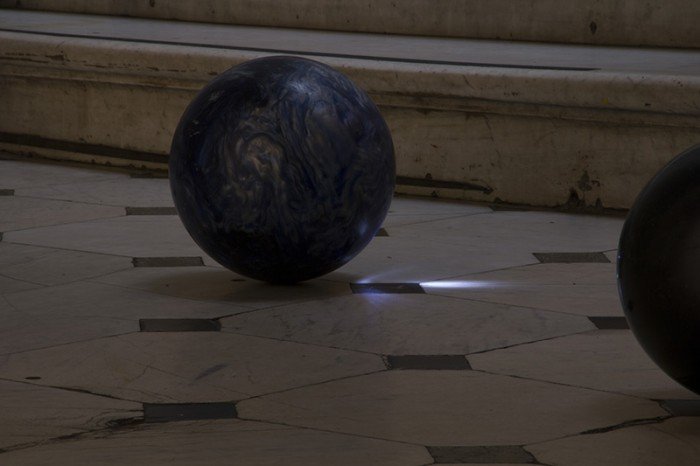 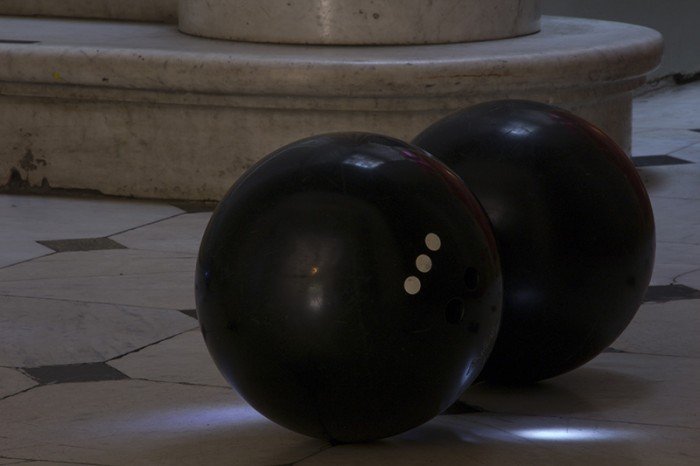