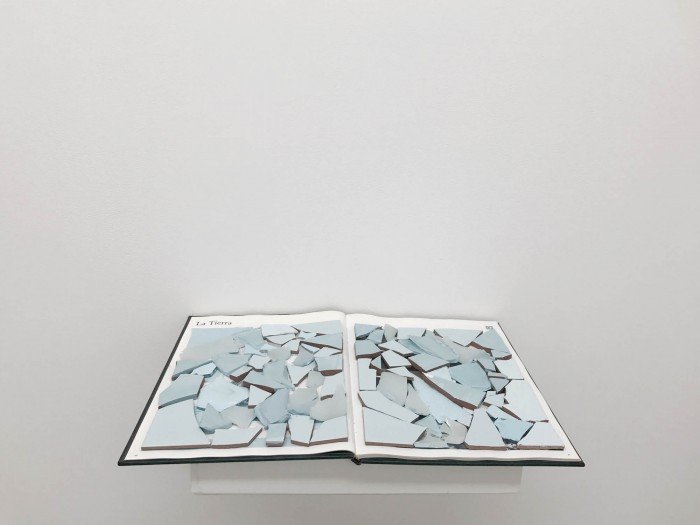 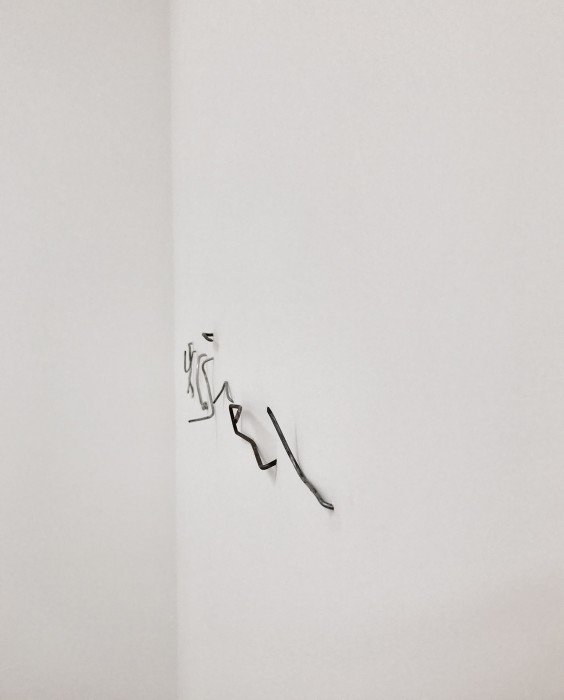 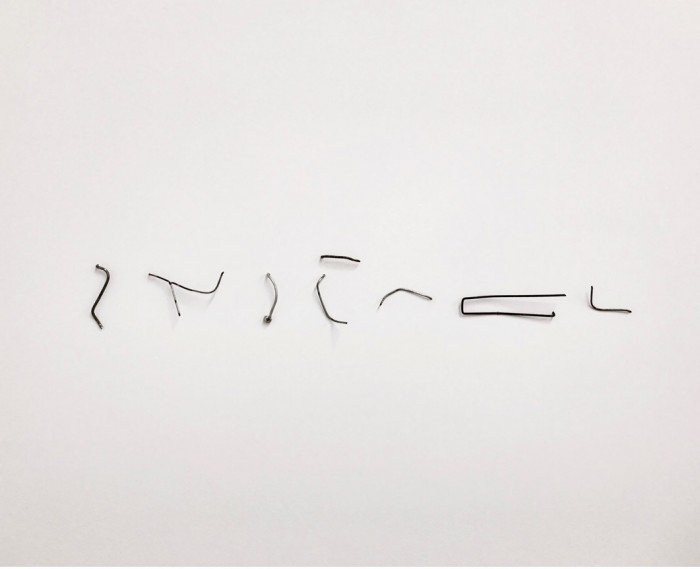 I want my paintings to look like what’s going on outside my window, rather than what’s inside my studio
- Robert Rauschenberg

Julia Llerena shares that the same aim. She utilizes fragments of everyday objects as building blocks of her art installations. Promenade brings her to develop an instinctive connection to these traces of the city’s tissue to which she grants a second chance. “City gifts”, as Rauschenberg called them, are most of the time, shreds of a larger item or small sized.

There’s a strong connection to archeology in Julia’s practice. Not only through the collecting process of found objects but also in the way they are displayed. Unpretentious wooden shelves and glass sheets resemble scientific archival techniques. Fiebre de Archivo, is a brilliant example of it. Here Julia reflects on the role of language as a record of reality. It is the written word that leaves a reliable trace of events, especially when presented in a scientific manner. She arranges these small objects to transcribe a text by using each one as a letter. The intersection between the symbolic meaning that they are charged with, and the formal use as language that physically embody poses questions about veracity.

A fascination with the universe is also paramount in Julia’s work. Shreds and small objects now function as a stepping-stone from her studio into space. Representation becomes the topic here. The pieces titled Eclipses and Skies Books belong to this body of work. They are representations of a real book, a simulacrum. Its essence is representation, and as such it is a display of the idea of display.

Duchamp’s windows series also discusses the definition of representation and the boundaries between interior and exterior. And it is the work titled In Event of Moon disaster that best draws a liaison with it. Julia transcribes Nixon’s Apollo XI alternative failure statement onto the Daily Telegraph’s article about the successful landing. She covers with a black marker most of the content so it would only show Nixon’s speech. Darkened in its majority, newspaper pages resemble the space, as the visible characters stand out like stars. Both lines of work, above-mentioned, language and the universe converge here. Arranged as if it was a French window, taps on themes of sight and perception, fiction and reality and representation.

Julia Llerena hails from Seville, and lives and works in Madrid. Gregorio Cámara is curating this exhibition.